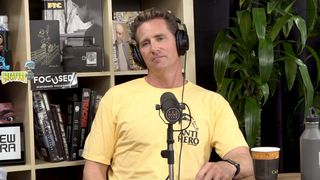 Skateboarder Reese Forbes appeared on an episode of The Nine Club With Chris Roberts to talk about growing up in Gaithersburg, Maryland, the Reese Forbes high ollie challenge, and the fact he’ll be managing Supreme‘s new San Francisco store, which opens later this year.

The new location will be the fourth Supreme store in North America and the brand’s 12th worldwide. Located in the historic Market Street area, it is expected to cover approximately 10,000 square meters of prime retail space. Forbes, who has skated for industry leaders such as Nike SB and Element, told host Chris Roberts, “We kind of called each other. It just happened. I’ve been observing. I’ve been a fan for a long time.”

Supreme San Francisco’s opening is slated to coincide with the brand’s Fall/Winter 2019 drop. Check out the full video above. Talk about Forbes’ new position can be heard around the 1:24 mark.