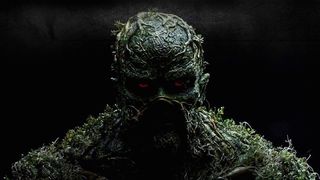 Fresh off the success of Aquaman and Shazam!, the DC Universe continues to evolve with the release of the Swamp Thing teaser trailer. It’s an upcoming live-action series adaptation starring Derek Mears as the humanoid/plant antihero.

It's not #EarthDay without SWAMP THING… #DCUSWAMPTHING

The popular character was originally created by Len Wein and Bernie Wrightson in the early ’70s, and according to the series’ official synopsis, the live-action adaptation revolves on “Abby Arcane as she investigates what seems to be a deadly swamp-born virus in a small town in Louisiana but soon discovers that the swamp holds mystical and terrifying secrets. When unexplainable and chilling horrors emerge from the murky marsh, no one is safe.”

The featured trailer kicks off with a boat full of men attacked by something in a swamp. The video then cuts to various glimpses of scenes from the series that provides an idea of the show’s theme. A striking sequence reveals vines taking over a dead body behind Abby Arcane’s (Crystal Reed) back and, in another cut, grabbing the foot of a terrified woman. Towards the ending, we get a full look at the swamp creature rising from the lake.

Directed by Len Wiseman and executive produced by James Wan, Swamp Thing hits DC Universe’s streaming service on May 31. The first season is expected to roll out 10 episodes according to The Hollywood Reporter.

So, Akon City Is Now Officially a Thing & It Has Its Own Cryptocurrency “Akoin”
MusicsponsoredJanuary 14, 2020