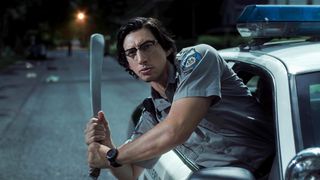 Jim Jarmusch’s star-studded zombie comedy-horror The Dead Don’t Die is due out in just a month, as today we’re blessed with a new look at the anticipated movie. In the Red Band clip titled “Kill The Head,” Adam Driver’s character insists you must decapitate zombies in order to get rid of them once and for all.

Following a debut at Cannes Film Festival, The Dead Don’t Die hits theaters on June 14. Above you can get your latest look at the film, as the trailer is filled with zombie beheadings and witty banter.

The greatest zombie cast ever disassembled takes over #Cannes2019. #TheDeadDontDie

Do you plan on seeing The Dead Don’t Die? Let us know in the comments below.

Work From Home
20 PS4 Games You Should Probably Beat Before PS5 Arrives
LifestylesponsoredMarch 9, 2020
What To Read Next
Load More
Search Results
Load More