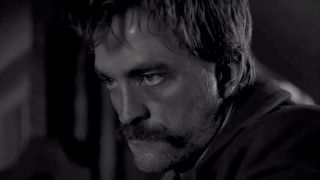 The Lighthouse might be even creepier than Robert Eggers’s critically acclaimed directorial debut, The Witch. The film is entirely set on a desolate island in the 1890s and stars Robert Pattison and Willem Dafoe as deeply unhinged lighthouse keepers or “wickies.”

The trailer gives some sense of the oppressive darkness of the film and the surreal turn it will take. Perhaps the most telling shot is from the point of view of a giant octopus; Pattinson raises his clenched first to strike as the octopuses’ tentacles wrap around his neck and flail behind him.

Zoë Kravitz to Play Catwoman Alongside Robert Pattinson in ‘The Batman’
MoviessponsoredOctober 15, 2019
What To Read Next
Load More
Search Results
Load More