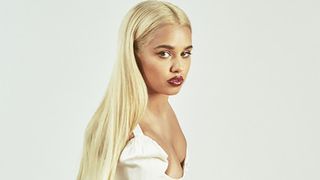 Ready or not, Tommy Genesis season is approaching. Following the male gaze busting visual for “100 Bad” and a mind-blowing remix from Charli XCX, the Canadian artist delivers another upbeat banger called “Daddy.” In a press release, Genesis briefly explained how the Charlie Heat-produced track comes from the “demon realm” of her inner world.

Along with this new single, she also announced that her debut album will officially be self-titled. Genesis further elaborated on the choice for the project name in the release, stating that “my album is self-titled ‘Tommy Genesis’ because it has elements from both the demon and angel side of me.” Take a ride on the naughty side and stream the song in full above.

In other news, D33J enlists AJ Tracey and Sloan Evans on his new single “Other Man.” Get all the details right here.