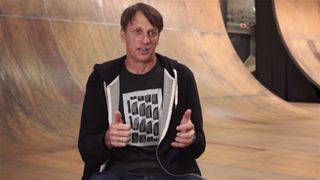 Tony Hawk’s Pro Skater sold nine million copies upon releasing in 1999 before going on to become one of the most successful and influential video game series ever. The franchise played a crucial role in bringing skateboarding into the mainstream during a time when the industry was going through a major crisis. In Pretending I’m a Superman, we learn just how influential Tony Hawk’s Pro Skater was to skateboarding, all while gaining insight on the skaters and developers who created the franchise.

Pretending I’m a Superman is an independently-produced documentary in association with The Berrics. The film comes from former Neversoft producer Ralph D’Amato and award-winning Swedish director Ludvig Gür, and features interviews with some of the biggest names in skateboarding including Tony Hawk, Eric Koston, Steve Caballero, Rodney Mullen, and Chad Muska, among others. At the core, the documentary details how skateboarding became a part of the mainstream and has stayed that way ever since. It also delves into the development of the first Tony Hawk’s Pro Skater game, its evolution, and the current state of skateboarding.

Press play above to watch the trailer for Pretending I’m a Superman, which is expected to release this year.

In keeping with the THPS 20th anniversary, here is our motion capture session from 1999. We didn’t end up using any of this data because there wasn’t enough time to program it into the final game, but at least I got to do a bunch of hard tricks while wearing an embarrassing suit. pic.twitter.com/pHw09SX3tg

Tony Hawk on the Everlasting Power of Subculture
StylesponsoredNovember 12, 2019

Deaton Chris Anthony Gets the Man Himself for His “Tony Hawk” Video
MusicsponsoredOctober 23, 2019
What To Read Next
Load More
Search Results
Load More