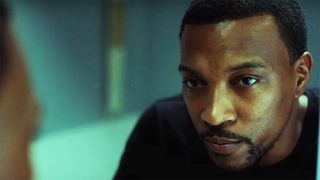 Drake paused his show at the O2 arena in London yesterday to drop the first Netflix trailer for Top Boy season three —nearly two years after he first confirmed his involvement in the cult TV show’s revival. Watch above.

The newly released clip shows key OG cast members Ashley Walters and Kane “Kano” Robinson reprising their roles as Dushane and Sully. They will be joined by hyped new additions from the UK music scene: Dave and Little Simz. Drake serves as producer.

The show will pick up from the original series, which wrapped in 2013. The narrative is set to follow Sully — who has just been released from jail — linking up with Dushane as the pair come up against a new gang leader called Jamie (Michael Ward), who’s looking to usurp their turf on the London drug market.

Speaking to Metro, Walters described Top Boy as “a raw, real representation of street culture. It explores how these characters came to make the choices they make, and gives the audience a behind-the-scenes look as to what is happening on our streets today.”

No specific release date for Top Boy has been announced as of yet, but Netflix has stated that it will drop sometime this fall.

If you want to see more about London, check the video below.