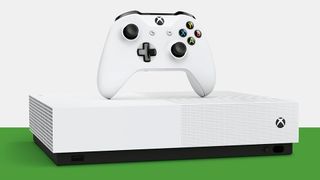 After weeks of teasers, Microsoft’s disc-free Xbox One S All-Digital Edition is finally official, The Verge reports. The console is set to drop on May 7 and will cost $249 — $50 less than the standard price of the Xbox One S.

Without the standard 4K Blu-ray disc drive, the All-Digital Edition will only carry the Xbox One S’s 1TB HDD, which will come preloaded with three games: 2016’s Forza Horizon 3, 2018 multiplayer pirate game Sea of Thieves, and the classic Minecraft. The US tech giant says the new console is built for “digital natives.”

Instead of purchasing hard copies of games, users will only be able to download games or sign up to Microsoft’s new Xbox Game Pass Ultimate subscription service, priced at $14.99 per month and offering subscribers access to a “digital library” of games.

The Xbox One S All-Digital Edition will be sold alongside the OG Xbox One S and Xbox One X and is available for preorder now.

Here Are All the Best Video Games Out This Month
LifestylesponsoredApril 17, 2019

Xbox All-Access: Here’s How it Works & How You Can Upgrade to Project Scarlett
Video GamessponsoredOctober 29, 2019