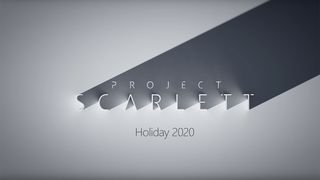 Microsoft announced the next generation of its Xbox console at E3 2019 on Sunday. The tech giant revealed the console will go on sale before the end of 2020.

Codenamed Project Scarlett, Microsoft opted against showing designs of the machine, but said it would be the “biggest leap” over a previous generation there had ever been. There was no mention of price, but the firm did confirm Halo Infinite would be among its launch titles.

The untitled console will host an AMD processor, said to be four more powerful than its Xbox One X predecessor. To improve loading times, the machine will include SSD storage that can serve as virtual memory, meaning a 40-fold performance increase in storage speed over current generation consoles.

Those in attendance at the event were treated to a surprise appearance by Keanu Reeves. An ebullient Reeves strode on stage to reveal his involvement in Cyberpunk 2077, also confirming that the game will go on sale in April 2020. “You’re breathtaking,” shouted one excitable audience member, to which Reeves replied, “No, you’re breathtaking!”