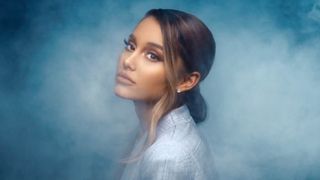 Ariana Grande has been through more than most over the past few months, but she continues to rise above all the drama and come back better than ever. Following the release of her positive breakup ballad “thank u, next” (which has gone on to evolve into a wholesome meme), the pop star has shared the official music video for “breathin.”

Last month, she randomly dropped a visual for the single starring Piggy Smallz because she was uncertain if she had enough time to shoot a proper video. As expected, Grande is nothing but poised in the Hannah Lux Davis-directed piece as she transports from the lobby of a train station to various cloudy atmospheres. Don’t be surprised if you catch yourself daydreaming after watching it all unfold above. While you’re here, revisit our review of sweetener.

In other news, The Weeknd has a new project in the works. Get all the details right here.