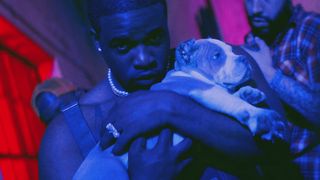 Following the release of “Pups,” A$AP Ferg has dropped the music video for his A$AP Rocky-assisted single. As expected, the rowdy visual does in fact feature real puppies on cue when Ferg shouts “Where my dogs at?”

For now it remains to be seen if “Pups” is a part of a new project, but we don’t see it merely being a loose single. We do know, however, that A$AP Ferg plans to “out work everyone” in 2019.

Stay tuned for more new material from A$AP Mob, and be sure to let us know what you think of Ferg and Rocky’s “Pups.”

The Complete Timeline of A$AP Rocky’s Arrest in Sweden
MusicsponsoredJuly 10, 2019