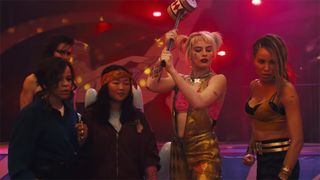 Following a teaser from last month, Warner Bros. Pictures shares the first full-length trailer for its new Harley Quinn film, Birds of Prey. Margot Robbie reprises her role as Quinn in Birds of Prey, which is due out in theaters in February of 2020.

The first Birds of Prey trailer sees Robbie’s Harley Quinn assembling her female squad of antiheroes, which will go on to become the Birds of Prey. We hear Quinn touching on her breakup with the Joker, while also getting a look at Ewan McGregor as Gotham City villain, Black Mask.