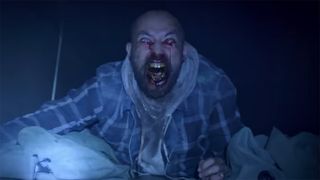 Following the cancellation of Syfy’s Z Nation, Netflix shares the trailer for its Z Nation prequel, Black Summer. Black Summer takes place three years prior to the events in Z Nation, centering around the beginning of a zombie apocalypse.

Before there was #ZNation there was #BlackSummer, a deadly serious series starring @jaime_king, set at the beginning of the zombie apocalypse. pic.twitter.com/AAZTSjY6UH

Jaime King stars as Rose in Netflix’s new original series, a mother who is separated from her daughter and will stop at nothing to find her. During her journey, she teams up with a small group of American refugees who are also out to locate loved ones. Together they must unite to maneuver through a hostile world filled with blood thirsty zombies.

Black Summer season one premieres on Netflix on April 11.

‘Invader Zim’ Is Back in New Netflix Film ‘Enter the Florpus’
MoviessponsoredAugust 15, 2019
What To Read Next
Load More
Search Results
Load More