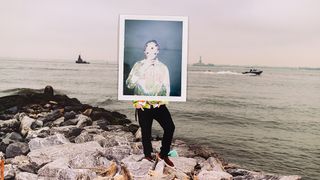 Bon Iver returns this week to share a new visual in support of its most recent album, i,i. The clip for “Naeem” accounts for the Justin Vernon-led band’s first official, non-lyrical music video since 2012.

“Naeem” also marks the group’s first collaboration with Los Angeles-based, Barcelona-born director AG Rojas, who has previously worked with the likes of Earl Sweatshirt, Kamasi Washington, Florence + The Machine, Emeli Sandé, and Run The Jewels, among others.

“Naeem is concerned with the potential for intergenerational healing, and how we choose to engage with that potential,” says Rojas. “All my admiration and love to Cynthia Rodriguez and her child Azul who brought this idea to life, and to Bon Iver for amplifying it.”

Again, “Naeem” can be found on Bon Iver’s August 2019 album, i,i, which just earned four Grammy nominations for Album of the Year, Record of the Year (“Hey, Ma”), Best Alternative Music Album, and Best Recording Package. Fans of the band can look forward to new tour dates throughout Asia, Europe, and the UK beginning in 2020. See below for dates and locations.

Kanye West & Bon Iver Reunite on Francis and the Lights Track “Take Me to the Light”
MusicsponsoredSeptember 3, 2019