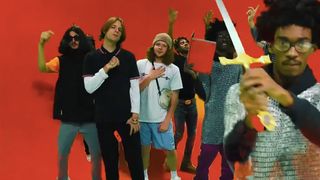 “Casting Spells” notes production by EarDrummers beat-maker Ziti Beats, as the accompanying visual showcases Louie Duffelbags and Boothlord on a surreal adventure, stirring up mischief on the Southside.

You can catch Danger Incorporated on tour alongside Awful Records head honcho, Father, as a part of his ‘The Private Show’ concerts. Follow here for tickets and more information.

Up next, find out how Father restructured Awful Records and got his mojo back.

Jhené Aiko’s New Track “Happiness Over Everything (H.O.E)” Is a Sultry Banger
MusicsponsoredFebruary 28, 2020