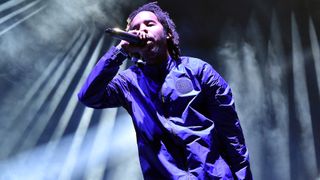 Rapper/producer Earl Sweatshirt has shared a mysterious new video featuring what may possibly be new music, as the Chicago artist confirmed in January that new music will in fact be on the way.

With only two months left in 2018, Earl Sweatshirt took to Instagram today and published an odd visual that seems to be hinting at new music coming soon. The video, which runs for less than 30 seconds, features a sequence of images and short video clips with snippets of chopped up audio. Although Earl’s vocals are not heard in the clip, the artist did tease a bit of instrumentals that might be from a song taken from his forthcoming project.

Stay tuned for more updates, and in other music news, FKA twigs features A$AP Rocky in the latest issue of ‘AVANTgarden.’