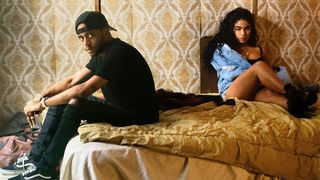 Toronto-based singer-songwriter Jessie Reyez just dropped “Imported,” her first new single of the year. The track is a collaboration with 6LACK to be featured on her forthcoming debut album. Following the official premiere on Zane Lowe’s Beats 1 Radio show, Reyez unveiled an accompanying visual directed by Peter Huang.

Reyez’s album follows the 2018 release of her Being Human in Public EP. Stay tuned here for more updated on Reyez’s album. While you wait, catch her on the road at one of her upcoming live shows.

Highsnobiety Premiere
Yeek & Jesse Will Fully Revive You From a “Fatigued” State
MusicsponsoredMay 30, 2019