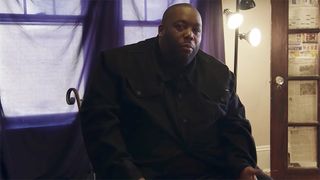 Killer Mike now has his own Netflix show. Titled Trigger Warning With Killer Mike, the series will debut on January 18, and by the look of the trailer (watch above) it’s set to address a number of cultural taboos surrounding race, gang culture, and societal expectations.

Per a statement obtained by Pitchfork, Mike explains that the six-part series will “explore the human condition using nontraditional approaches.” He adds that “not everyone will agree with my methods (and some of what we’re putting out is fucking crazy)” — which explains the trigger warning title — “but this show is about embracing your freedom to challenge societal expectations and conformity. This show is if an anarchist determined the status quo.”

In more Mike-related news, El-P aka the other half of Run the Jewels posted a tweet yesterday that explained the duo’s fourth album won’t hit until this summer. Since coming off tour five months ago he “scored a film and got married” and, in a nutshell, that means the project is “not even close to done.”

Are you hyped for Trigger Warning with Killer Mike? Let us know in the comments.

Viewers Slam Netflix for Lack of Trigger Warning on ‘All the Bright Places’
MoviessponsoredMarch 5, 2020