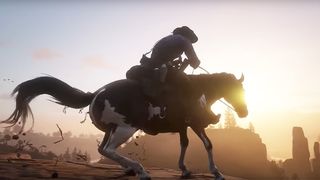 Since the track went viral thanks to the #YeehawChallenge on Tik Tok, “Old Town Road” has been at the center of a conversation about the visibility of black people within the country genre, after Billboard removed it from its Hot Country Songs chart last month.

Most recently, “Old Town Road” got an official remix by country star Billy Ray Cyrus, aka Miley Cyrus’ dad and the man behind triple-platinum ’90s classic “Achy Breaky Heart.” Will Smith has also shared his love of the track, hitting up both Lil Nas X and Billy Ray Cyrus on Instagram to inform them that he and his Wild Wild West persona are available should they want to work on a new video.

Revisit the track in the video above.

“Old Town Road” Officially Ties for the Longest Time at No. 1 in History
MusicsponsoredJuly 23, 2019