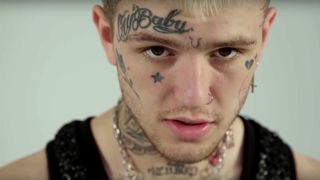 The first trailer for the Lil Peep documentary Everybody’s Everything dropped over the weekend and it delivered a tangible sense of how emotional this film is going to be when it premieres later this year. Watch above.

The documentary dives into all aspects of Peep’s career. Providing an intimate look at the artist — aided by interviews with his mother Liza Womack and peers like Post Malone — we’re taken on a journey that unravels Peep’s public persona, from how his stage name was coined, to his musical inspirations, and more. What’s left is an honest portrait of the 21-year-old Gustav Ahr, and a discussion of the events leading up to his tragic death in 2017.

Everybody’s Everything is directed by Sebastian Jones and Ramez Silyan and executively produced by Terrence Malick (Tree of Life), Liza Womack, and Sarah Stennett. It’s slated to land in select theaters November 12.

Here’s What Critics are Saying About the “Heartbreaking” Lil Peep Documentary
MusicsponsoredNovember 20, 2019

Here’s What Critics are Saying About the “Heartbreaking” Lil Peep Documentary
MoviessponsoredNovember 14, 2019