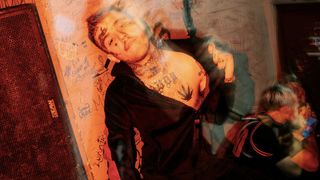 Lil Peep‘s first posthumous album, Come Over When You’re Sober, Pt. 2, is due out this week, but ahead of the release we receive another song from the project. Following up on “Cry Alone” and “Runaway” is new jam, “Life is Beautiful,” that Peep originally wrote in 2015.

You can check out the track above via an official music video directed by Mezzy. Per the description, Peep shot the visual in Long Beach, New York at the same residence where some of his other videos were captured. The clip sees the late musician playing with light and shadows while wearing a pair of prescription glasses.

Lil Peep’s Come Over When You’re Sober, Pt. 2 arrives on November 9. Also, be on the lookout for the impending Lil Peep documentary.

In other music news, Danny Brown’s documentary, ‘Live at the Majestic,’ has finally arrived.

You Can Still Secure the Reverse Air Jordan 1 Hi ’85 at StockX
SelectssponsoredFebruary 8, 2020
We Recommend

Another Posthumous Lil Peep Album Could Be Dropping Soon
MusicsponsoredJuly 15, 2019