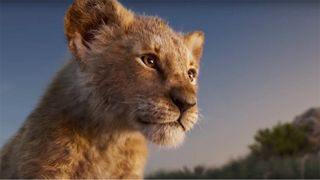 Disney has just dropped a new trailer for The Lion King and it delivers the closest look we’ve had yet at the stunning new adaptation. Watch above.

Helmed by Jon Favreau (who also directed 2016’s live-action, The Jungle Book) this trailer focuses on numerous iconic scenes from the OG animated movie, such as the wildebeest stampede and Scar telling Simba to run and never return — scenes that can’t help but make us all feel super nostalgic — and emotional.