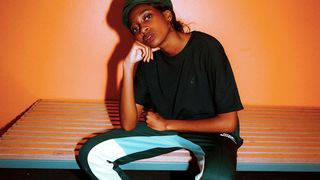 Following the release of “Offence” and “Boss,” Little Simz is back with a new track, this week sharing a bouncy number titled “101 FM.” The song, which finds Simz reflecting on her journey to music, was premiered on Julie Adenuga’s Beats 1 show on Apple Music.

According to the English musician, “101 FM” will appear on her upcoming album. For now, you can check out the track above via an official lyric video. It’s also worthy of note that Simz herself shot the artwork for the single.

Finally here 😁 ‘101FM’ off my forthcoming album OUT NOW! Lyric video on YouTube. Hope you likeyyyy

101FM dropping TODAY! Being premiered first by @julieadenuga on @beats1official at 2:30pm GMT – lock innnn 💥 | prod. by @yardmanflo | shots by ya girl 🤘🏿

Highsnobiety Review
Little Simz Comes Into Her Own on Hard-Hitting ‘GREY Area’
MusicsponsoredMarch 6, 2019