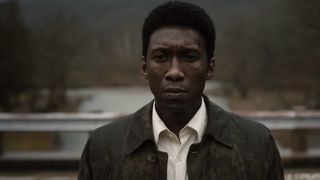 After signing on with HBO last year, Oscar-winner Mahershala Ali is front and center in the first trailer for True Detective season three, which fans hope can regain the level of the show’s debut after a disappointing sophomore effort. In the one-minute clip, we see Ali as the troubled detective Wayne Hays in three different periods of his life.

Hays works for Arkansas State Police and is plagued by memories of one particular case. “Before you ever knew me, I wasn’t scared much. That wasn’t a fear for me,” Hays says in the trailer’s voiceover. “Things I’ve seen, things I know, wouldn’t do anything but cause harm. My whole brain’s a bunch of missing pieces. My job, there’s no certainty. This peace is more haunting than anything. I want to know the whole story.”

Season three will be helmed in part by up-and-coming director Jeremy Saulnier (Blue Ruin, Green Room), whose new film Hold the Dark is coming to Netflix soon. Saulnier left the production after two episodes due to scheduling conflicts, with veteran TV director Daniel Sackheim sharing shooting duties with show creator Nic Pizzolatto for the remainder of the season.

The next installment of True Detective will premiere in January 2019 on HBO.

Next, watch ‘Ladybird’ actor Lucas Hedges star in the teaser trailer for ‘Ben is Back.’