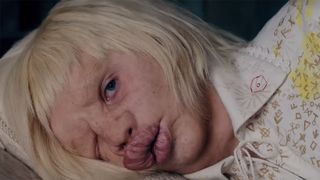 Ari Aster’s 2018 film Hereditary is already widely regarded as one of the best horror/thriller movies in years. Now the writer/director looks to follow up the seminal picture with yet another disturbing project, Midsommar. After delivering a teaser back in March, A24 shares the first full-length trailer for the much-anticipated movie.

Rule of thumb: if you're in a dark place, do not join your shitty boyfriend and his friends on their trip to rural Sweden. Watch the new trailer for #Midsommar 🌻 pic.twitter.com/3HZzzehT6e

Florence Pugh, Jack Reynor, William Jackson Harper, and Will Poulter star in Aster’s Midsommar, which finds a group of friends embarking on a summer vacation in Sweden. Upon arriving at the quaint village, they quickly realize they’re getting much more than expected as they are greeted by what appears to be a cult. What comes next is a series of bizarre rituals that ultimately leaves them scrambling for an escape.

Vilhelm Blomgran, Archie Madekwe, and Ellora Torchia also feature in Midsommar, which is due out on July 3.