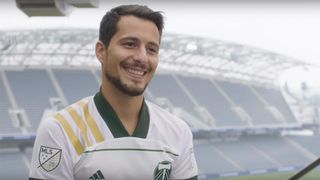 Highsnobiety sat down with each player at the Banc of California Stadium in Los Angeles during the unveiling of adidas’ new jersey for Major League Soccer. The results are perhaps unexpected considering these athletes are some of the best footballers in the world.

Hit play above to watch the episode in full and take a closer look at adidas’ new MLS jerseys here.