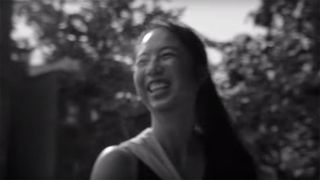 “For some New Yorkers, living here is crazy enough. For others, it’s just the beginning,” the video kicks off, before transitioning to shots of New York residents who have lofty athletic goals. We see a Vietnamese woman aiming to break a marathon record, someone attempting to be the fastest runner in Queens, another with hopes of participating in all six major marathons, and so on.

For more ads from the Swoosh, see below for the company’s New “Dreamers” visuals starring NBA standouts Anthony Davis and Ben Simmons.

In related news, Nike shouts out Prince and the Notorious B.I.G. on the 2018-19 City Edition NBA uniforms.