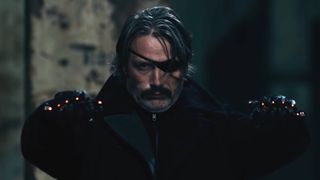 The upcoming movie is a live-action adaptation of the acclaimed graphic novel of the same name, and it spotlights Duncan Vizla enjoying his retirement until his former employer marks him as a liability to the firm. Now in order to survive, he finds himself back at what he’s doing best by going head to head with an army of younger and more ruthless killers who will stop at nothing to have him eliminated.

Polar is slated to premiere on Netflix on January 25. Enjoy the trailer above.

In other Netflix news, the streaming service shares an awkward first trailer for season two of ‘Friends From College.’