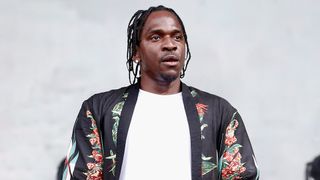 Pusha didn’t seem too pressed about the leaks, tweeting that he wanted to make sure “you had the mixed and mastered in your archives…”

I love leaks like the next man but i had to make sure you had the mixed and mastered in your archives… https://t.co/PfTEDJXvTE

The release is the first official new music from Pusha since last year’s critically acclaimed DAYTONA and his brutal Drake diss track “The Story of Adidon.”

The song was listed second on an early draft of the DAYTONA tracklist. It’s unclear why it wasn’t included on the album.