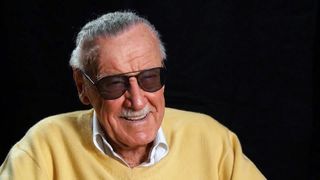 Yesterday, Marvel Comics co-creator Stan Lee passed away at the age of 95. While many continue to pay tribute to the legendary writer, editor, and publisher, The New York Times has shared a previously-unseen interview with Lee dating back to 2015.

During the sit-down, Lee discussed his tendency to read virtually everything while growing up, which ultimately led to his interest in comic books. He also detailed how he came up with his pen name, as well as the beginnings of Marvel, which started with The Fantastic Four.

Lee strived to give each of his characters their own voice, as his goal was to make them as unique and lifelike as possible. When asked about his legacy once gone, Stan simply noted that he wants people to feel that he wrote some good stories.

Press play above to watch the newly-surfaced Stan Lee interview, again, from 2015.

For more in honor of the late Lee, see underneath for every cameo he ever made.

Behind the Design & Inspiration of the Surprise-Hit New Balance 327
SneakerssponsoredJuly 6, 2020