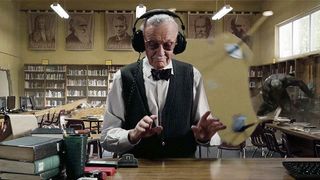 As fans and celebrities around the world pay tribute to the comic and cinematic legend that was Stan Lee, now seems the perfect time to revisit the many movie cameos he made throughout his long career.

Over the last 30 years, the godfather of modern comics has appeared in a whole range of movies, proving his cross-genre influence and clout. It’s his cameos within the Marvel Cinematic Universe which are the fan favorites — spotting him in new releases became something of a sport for dedicated followers.

From 1989’s The Trial of the Incredible Hulk through Kevin Smith’s Mallrats, all the way up to this year’s Avengers: Infinity War, check out all of Lee’s movie cameos in chronological order in the video up top.

Do you have a favorite Stan Lee cameo? Let us know in the comments.

Now here’s how the Avengers, Travis Scott & other celebs are paying tribute to Stan Lee.