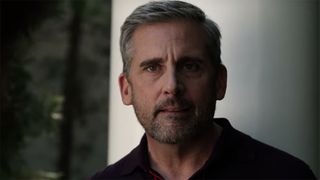 Last week we got a preview of upcoming Apple TV+ series, The Morning Show, starring Steve Carell, Jennifer Aniston, and Reese Witherspoon. With the show set to premiere this fall, you can now view the first full-length trailer for the anticipated original program.

Steve Carell and Jennifer Aniston portray news anchors caught up in a scandal in The Morning Show. The on-hand trailer begins as Aniston’s character outs her longtime partner (Carell’s character) on live television. Per Apple TV+, the series centers around an early morning newscast attempting to survive in the midst of a scandal, during an era when the news is more readily available than ever.

Billy Crudup, Mark Duplass, Gugu Mbatha-Raw, and Néstor Carbonell feature alongside Carell, Aniston, and Witherspoon in the show, which is coming to Apple TV+ when the streaming service launches this fall. For all of the shows and movies slated to land on Apple TV+, follow here.

This ‘The Office’ Reunion Is the “Good News” We All Need
MoviessponsoredMarch 30, 2020