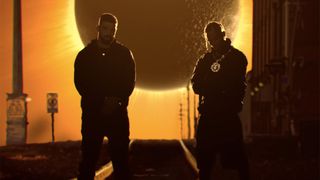 As promised, Travis Scott delivers the much-anticipated video for his ASTROWORLD standout, “SICKO MODE,” featuring Drake. The visual was directed by Scott himself alongside Dave Meyers, who also directed “STOP TRYING TO BE GOD.”

Travis and Drake both star in the aesthetic, which was captured in Scott’s hometown of Houston, Texas. Press play above to check it out, then revisit ASTROWORLD at the bottom of the post.

Scott will soon be embarking on his biggest stateside tour yet, kicking off on November 8 in Baltimore, Maryland. The ‘ASTROWORLD: WISH YOU WERE HERE’ tour will then be heading to various cities across the U.S. throughout the fall. Follow here for tickets.