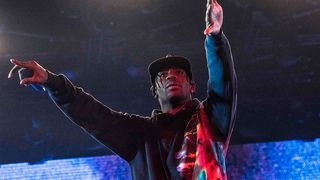 After Travis Scott blessed us with Astroworld last year, the head-spinning production on Scott’s third album keeps throwing listeners for a loop. And now a new video by Vox has illuminated an unexpected musical influence behind “Sicko Mode.”

Calling it “one of the most sonically adventurous hits of 2018,” the video explains that the song’s bizarre beat switches are reminiscent of Jamaican dub. Dub is a subgenre of reggae which consists of instrumental remixes of existing recordings and is recognized by its removal of vocals, emphasis on rhythm and bass, and studio effects such as echo and reverb.

The transitions in “Sicko Mode” feel a lot like the beat drops pioneered by dub. Elements such as the distorted beat drum and vocal sample echoes are an unmistakable ode to the genre.

Watch the full video above for a comprehensive breakdown of “Sicko Mode”‘s dub origins and a brief history of the genre.