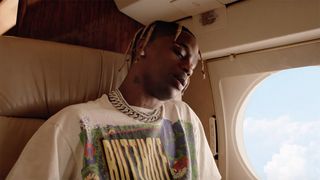 Following the release of Skrillex’s “Sicko Mode” remix, Travis Scott is back in support of Astroworld, sharing the official music video for album track, “Yosemite.” The clip, which you can check out above, was directed by Nabil.

In Travis’ “Yosemite” visual we find a young boy stumbling upon an abandoned theme park that later turns out to be Astroworld. All the while, Scott is soaring thousands of feet up the sky in his Astroworld jet, alongside song collaborator Gunna.

Travis Scott’s Astroworld video arrives just after the Houston rapper was recently accused of stealing Tommy Lee and Mötley Crüe’s stage design. Nonetheless, you can catch the superstar entertainer on his Astroworld tour with Gunna, Sheck Wes, and Virgil Abloh.