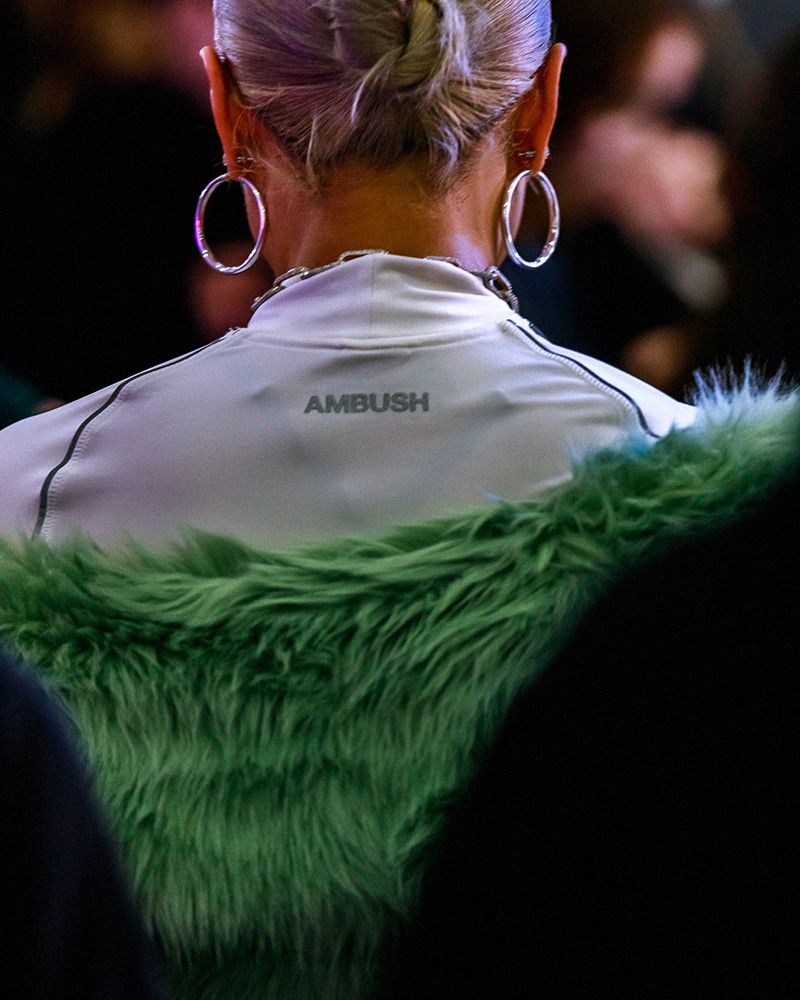 Yoon and Verbal found a couture jewelry line called Antonio Murphy & Astro in order to make better accessories for Verbal and his contemporaries to wear.

AMBUSH is founded by Yoon and Verbal.

Collaborates with BAPE on jewelry, accessories, and footwear.

Collaborates with Reebok on two versions of the Reebok Pump Fury HLS.

AMBUSH dives into apparel, at first looking to use the clothing to create a “canvas” for their famous accessories.

Opens its first flagship store in Tokyo, combining a retail space with their design studio for maximum creative ethos.

Show
Who is Yoon from AMBUSH?

A Korean-American designer born in Seattle but currently based in Tokyo, Yoon Ahn studied graphic design at the University of Boston, where she met her husband Verbal. Starting her career, Yoon produced album covers for Verbal and other artists, but after a few years, she founded her first jewelry line Antonio Murphy & Astro, which got the attention of a young Kanye West in 2004. Despite no formal training in jewelry-making, Yoon went on to found AMBUSH in 2008 to instant success—no doubt buoyed by her deep connections in fashion and music forged during her early aughts as a graphic and jewelry designer. A finalist for the 2017 LVMH Prize for Young Fashion Designers, Yoon’s now the head of jewelry design for Dior Homme.

Sponsored Story
10 Pieces to Buy for Less than $500 at The Outnet
StylesponsoredAugust 5, 2022

AMBUSH’s Starbucks Collab Has All You Need for Summer: Coffee & Tequila
CulturesponsoredMay 16, 2022

Leave It to Yoon Ahn to AMBUSH the Nike Air Adjust Force
SneakerssponsoredApril 24, 2022

Sponsored Story
Bowling Shirts Are a Summer Essential & These Are Our Favorites
StylesponsoredApril 6, 2022

The Best Sneakers to Add to Your Rotation This Week
StylesponsoredFebruary 10, 2022