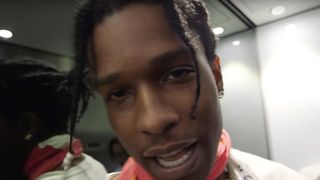 Ahead of his upcoming performance at Sydney’s Listen Out festival, A$AP Rocky dropped by Triple J radio station to perform for ‘Like a Version.’ Joined by Skepta, the two delivered an energy-filled rendition of “Praise the Lord (Da Shine).”

The song, which arrived on Rocky’s highly anticipated album, TESTING, was backed by New York jazz ensemble Onyx Collective who chimed in with the track’s signature flute sound before sounding out with drums, guitar, and a saxophone. Check it out above.

If you’re on the hunt for more, Rocky also took center stage to perform a charming version of Otis Redding’s “(Sitting On) The Dock of The Bay.” Have a look below.

In case you missed it, check out our interview with Onyx Collective here as featured in Highsnobiety Issue 17.