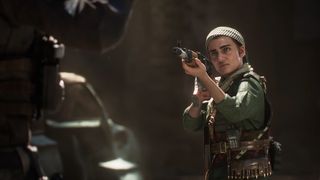 We finally get our first look at Call of Duty: Modern Warfare’s campaign. In the latest trailer release during PlayStation‘s “State of Play” players get a glimpse into the heart-racing story surrounding the global balance of power.

Like many COD games, a world-ending, government crumbling event is shaping up and it’s up to us to stop it. However, Infinity Ward is aiming for a more raw and gritty narrative, instead of space fights and exo suits of previous titles. The visceral story brings unrivaled intensity and pushes boundaries and breaks rules the way only Modern Warfare can.

Call of Duty: Modern Warfare is out October 25. Watch the trailer above.