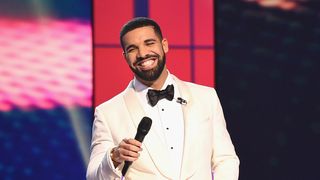 Drake’s “In Your Feelings” is the latest track to get the Genius Song Stories treatment, where lyrics are broken down, giving fans a deeper understanding of the song.

Watch the video above, which goes into detail about what other samples Drizzy used on the song (spoiler: Lil Wayne’s “Lollipop” is one).

“In My Feelings” didn’t just catch the attention of Genius’ creatives, its chorus also spawned some hilarious memes and reactions online. The song goes, “Kiki, do you love me? Are you riding?/Say you’ll never ever leave from beside me/’Cause I want ya, and I need ya/And I’m down for you always.”

Obviously, the internet loved the emotional track and we’ve rounded up the some of the best reactions for you below.

“Someone Plays In my Feelings”

KIKI, DO YOU LOVE ME? ARE YOU RIDIN, SAY YOULL NEVER EVER LEAVE pic.twitter.com/Ynbgi6HdVW

“ So, whats your name? Wait lemme guess, is it Kiki? Do you love me? Are you riding? Lol jk.. im Tim btw “ pic.twitter.com/erhld1Y4Mj

Me: Drake’s album is pretty average.

Me 30 seconds later: KIKI, DO YOU LOVE ME? ARE YOU RIDING?? pic.twitter.com/4lccbBCJjX

LOOK KIKI. DO YOU LOVE ME OR NOT. pic.twitter.com/8D43w6AoZr

What’s your favorite track on Scorpion? Let us know in the comments.

Next, check out JAY-Z riding a jetski, which is Twitter’s new favorite meme for good reason.