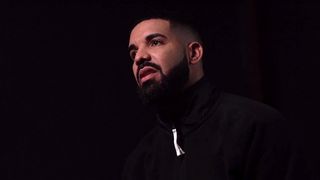 Drake is among the artists featured in Mustafa the Poet’s short film Remember Me, Toronto. The film focuses on gun violence in Toronto its impact on some of the city’s communities, drawing on the perspectives of artists such as Drake, Pressa, Baka Not Nice, and Top 5.

Mustafa the Poet says he hopes the film will “spark larger conversations that address these issues at their core.” Watch the full film above.

The multi-talented Canadian creator took to Instagram to explain his rationale for making the project, stemming in part from his own experiences with gun violence.

After much blood & tears, it’s finally out, link is in my bio. I created “Remember Me, Toronto” after thinking about how my dead friends want to be remembered, after thinking about how we all want to be remembered. I created this for the artists in this video & everyone in our communities. To the young boy looking for revenge, to the young boy carrying hate, I was there, sometimes I’m still there. This project is for that boy to realize that the greater issue is not between us, there is a larger beast and systemic structure working against us. The city’s “priority neighbourhoods” are tucked away. They tuck away our truth and our humanity. Our memories are often distorted and buried so I wanted to give us an opportunity to rewrite our memories and the memories of those we lost. We’ll always have our voices, to hopefully live above our deaths being announced with dated mugshots & criminal records. We’re bringing this video into our schools to facilitate discussions around remembrance & to offer the kids in our city a new perspective, kids who look up to these artists. The following video will interview the mothers who lost their sons to gun violence, they will speak on how they want their sons to be remembered in their mother tongues. Thank you to everyone who made this possible, I’m going to cry so I’ll stop here. (That’s Smoke Dawg speaking in the background 🖤🥺)

In the film, Drake reflects on the intergenerational nature of trauma and gun violence, saying, “People don’t even know the logistics of the ‘beef’ or why or what really happened, it’s just ‘I’m conditioned to hate this area or this group of people.’”

Later he notes, “It’s a daunting path, to be the biggest and baddest from your ends or from your hood,” adding that it’s “way more impactful if you put all that energy into a grind that people remember you and say, ‘I remember that guy came around and gave us all a chance.’”