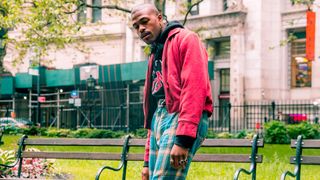 Duckwrth has unveiled a new video for “Sallie Mae,” a NoMBe-assisted track featured on his THE FALLING MAN album. The iamninjad-produced visual is an animated adventure that involves cars, chases, and chaos. Duckwrth previously released a short film to accompany the project.

In our interview with the Los Angeles-based artist, he explained how his music is about “taking the faults and the ills and bringing that to the forefront, but then also making it beautiful.” Revisit our intimate profile to learn more about how he managed to find his footing. For more on Duckwrth, scroll down and watch his hilarious episode of ‘Cop or Drop.’

Duckwrth & Rico Nasty Collide on “Love Is Like a Moshpit”
MusicsponsoredApril 23, 2019