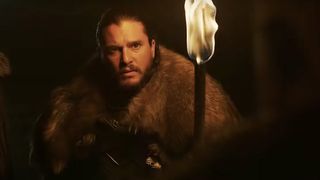 After giving us a brief teaser last week, HBO has dropped a new trailer for the final season of Game of Thrones and revealed its release date: April 14.

The short clip hints at danger and shows Jon, Arya, and Sansa Stark reuniting in the crypts of Winterfell. The siblings arrive at their own graves before the crypt fills with frost, signaling that the White Walkers have arrived.

The long-awaited final season will consist of just six episodes, although, according to HBO’s CEO, the entire experience is like watching six individual movies. While Game of Thrones is coming to an end, HBO has confirmed the cast for the upcoming prequel, so this won’t be the last we see of Westeros.

In case you missed it, watch the previous ‘Game of Thrones’ teaser below.

Tension Is Rising in the ‘Game of Thrones’ Trailer for “The Last War”
MoviessponsoredMay 6, 2019

5 Things You Might Have Missed in the ‘Game of Thrones’ Season 8 Trailer
MoviessponsoredMarch 6, 2019
What To Read Next
Load More
Search Results
Load More