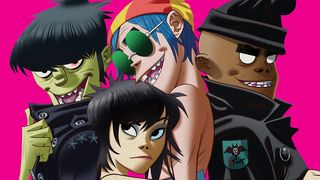 Last week, Gorillaz marked their return with the release of “Humility” and “Lake Zurich.” After debuting a bunch of fresh tracks live at Rock im Park festival this weekend, the animated band has shared a brand-new single called “Sorcererz.”

All three of the songs will be featured on the group’s forthcoming album The Now Now which is slated to drop on June 29. As revealed on the tracklist, the artist features include Snoop Dogg, Jamie Principle, and George Benson.

Erykah Badu, The Internet, DRAM, Kilo Kish, Little Simz and more will perform alongside Gorillaz at their annual Demon Dayz Festival on October 20.

In other news, Lil Wayne settled his lawsuit with Birdman. Get all the details here.

Gorillaz Team Up With G-SHOCK For the Second Time on Another Colorful Collab
DesignsponsoredSeptember 16, 2019
Follow
Highsnobiety Music
What To Read Next
Load More
Search Results
Load More