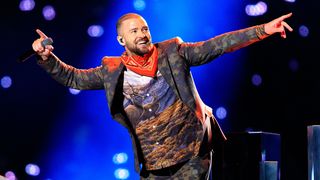 Just seven months after delivering his fifth studio album, Man of the Woods, Justin Timberlake has surprised fans with a brand new song dubbed “SoulMate,” which you can listen to above.

Kicking off the track by stating that “summer starts now,” the single, co-written by James Fauntleroy and produced by Nineteen85, exudes a mellow and groovy vibe, and proving to be a perfect mood setter for summertime.

The pop superstar recently celebrated the first leg of the Man of The Woods tour by dropping limited edition Heron Preston-designed merch, and Timberlake is slated to kick off the European leg of his tour in Paris, starting July 3 and concluding in Manchester on August 29. Leg three will occur in select cities across North America once more on September 19.

Additionally, Justin Timberlake’s recent post on Instagram reveals that more new music is on the way, so stay tuned.

In other music news, this former Compton Kingpin confesses his role in Tupac’s murder.