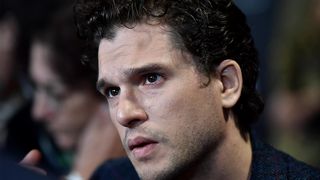 It was revealed recently that the Game of Thrones star checked into a luxury wellness retreat in Connecticut weeks before HBO aired the final episode due to stress and alcohol use. After the news broke fans rallied to support him, showing their support by setting up a fund close the actor’s heart. As he describes in the video above, Harington’s cousin “is one of the 1.4 million people with a learning disability in the UK.” He explains, “growing up with Laurent I know that people with a learning disability have the same hopes and dreams for their lives as all young people do.”

With this in mind, fans decided to donate to Mencap, a charity that supports people with learning disabilities to live independent and fulfilling lives.

The site states that the “fundraiser is here to show Kit that we’re incredibly thankful to him for the sheer amount of love and skill he put into Jon Snow for us to enjoy. To show our gratitude, /r/Freefolk and other fans want to contribute to the charity Mencap, which Kit has been supporting for several years.”

You can help them reach their goal here.

Fans Are Freaking Out About a “Stark Brothers Reunion” in the MCU
MoviessponsoredAugust 25, 2019

A Starter Kit for Spending Valentine’s Day at Home
SelectssponsoredFebruary 7, 2020

Devon Turnbull Wants You to Build the Most Fire Speakers On the Market
Art & DesignsponsoredApril 24, 2020