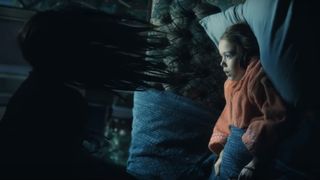 Amidst a slew of new original movies and TV shows, Netflix today gives us a first look at its upcoming horror series, The Haunting of Hill House, based on the iconic Shirley Jackson novel of the same name.

From Mike Flanagan, the director behind Hush, Oculus, and Gerald’s Game, The Haunting of Hill House tells the story of a five siblings who grew up in the most infamous haunted house in America. After being terrorized as children, the kids have grown up to live out their deepest fears, while continuing to be tortured by the house.

The Haunting of Hill House comes to Netflix October 12.

"The Haunting of Hill House" trailer is so scary we had to release it during the daytime. pic.twitter.com/nd1D69eYGQ