Those excited by the signs of a full-blown Nike Dunk Low revival will be happy to learn that not one, but two more new editions just dropped. These come in the form of StrangeLove Skateboards x Nike SB’s Valentine’s-themed Dunk and the “Plum” Low, which Nike is bringing back for the first time since 2001. The Dunk’s resurgence looks set to continue through 2020, too, bringing an inevitable queue for coveted sneakers. Beat the rush and shop new the colorways at StockX now.

Arriving on February 7, California skate label StrangeLove pays tribute to Saint Valentine with its Nike SB Dunk, making use of white textured velvet and pink suede, and stamping the loved-up iteration with a blood-red swoosh. The shoe’s pink outsole is scattered with red and blue hearts.

A red Swoosh also appears on the Nike Dunk “Plum,” a first-ever retro of the 2001 sneaker that dropped as part of Nike’s “Ugly Duckling” pack. We got close with the Daybreak “Plum” that dropped in 2011, but it’s a welcome return for the OG “Plum” colorway. Dressed in premium suede, the shoe lives up to its name via various shades of purple. It also gets its release on February 7 but is available to secure at StockX now. 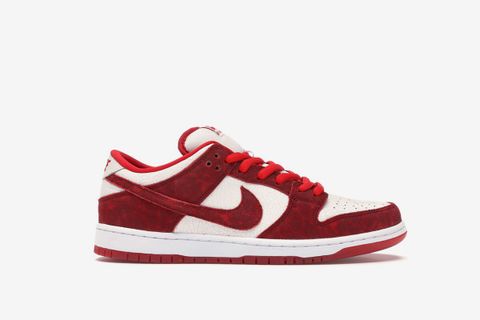 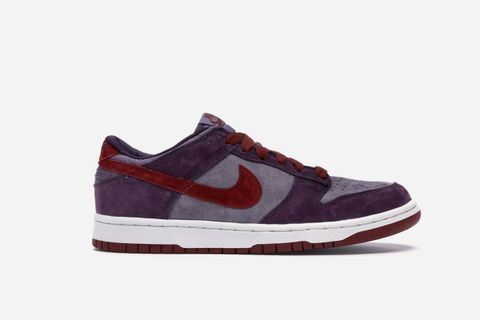 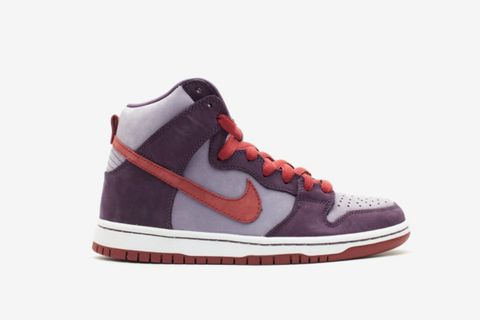 How to Avoid Missing Out on the Nike SB Dunk Low “Safari”
SelectssponsoredMarch 11, 2020

Some of This Weekend’s Biggest Sneaker Drops Can be Secured at StockX
SelectssponsoredDecember 19, 2019