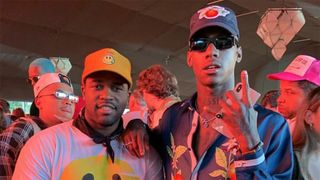 Following recent collaborations with Skepta on “Bet” and Diplo on “New Shapes,” French-British rapper Octavian delivers yet another joint effort, this time calling on A$AP Ferg to feature on “Lit.” The bouncy single is produced by Rex Kudo and London On Da Track.

After performing at his biggest sold-out headlining show to date at London’s O2 Kentish Town Forum in February, Octavian was recently announced as the cover star for Clash magazine’s 15th anniversary issue. Looking ahead, the buzzing 23-year-old rapper is scheduled for a number of festival appearances this summer, including Manchester’s Parklife and Reading & Leeds Festivals.

See below for Octavian’s upcoming tour dates and locations.