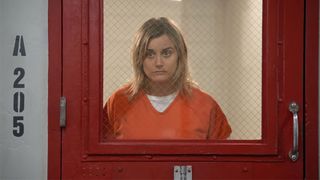 Ladies, we’re not in Litchfield minimum security anymore. Following the aftermath of last season’s game-changing finale, our favorite inmates are being re-booked into brand new maximum security home. The new trailer for Orange Is the New Black season six shows an intense look at how Piper, Taystee and the gang are adjusting to new prison life.

The women face all sorts of pressure including dealing with new gangs, alliances, and the Litchfield authorities. Because of season five’s riot, detectives are on the scene still working to place charges on the leaders of the event, in hopes of pressuring them to turn on each other. Also, Alex is mysteriously absent. Is she on the run? Did she turn on her follow inmates? We’ll have to wait and see on July 27.

Watch the full trailer above.