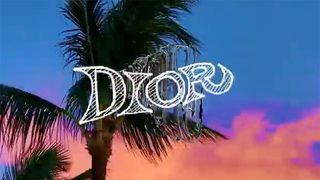 Shawn Stussy and Dior have confirmed that the streetwear veteran came out of retirement for Dior Men’s 2020 fall collection, which is showing in Miami tomorrow, December 3. Rumors of the collaboration have been circulating for some months now, but nothing was officially confirmed until this weekend. Watch the teaser video above.

It seems both parties are excited about the collaboration, with Jones enthusing to WWD that he “used to wear [Stüssy] head-to-toe all the time in my teens. It was something I was really, really, really obsessed by.”

Talking to Instagram, Stussy echoed similarly hyped sentiments. “I gotta say here now how good a vibe and how natural this project has felt for me before this thing breaks in a day or so… no matter what goes down I want to thank the whole crew over there for taking me in and making me feel welcomed.”

The collaboration marks Stussy’s biggest project since he departed Stüssy in 1996. Read his announcement post below.

Stussy’s confirmation follows an official post on the Dior Instagram announcing Kim Jones’ Fall 2020 Menswear show, describing the vibes as “palpable” with a brightly-colored video set to Georgia’s ‘About Work The Dancefloor (The Black Madonna Remix)’. It was, however, the distinctly Stussy-esque typography that piqued the interest of Dior’s followers.

The collaboration will be revealed tomorrow, December 3 in Miami, and will go on sale in 2020.

The #DiorMenFall 2020 show is just around the corner. We're not telling what @MrKimJones has dreamed up for this collection, but the vibes are palpable in this intense, brightly-colored video set to Georgia’s ‘About Work The Dancefloor (The Black Madonna Remix)’. Stay tuned for more! #DiorMiami

@highsnobietystyle: A @shawnstussy x @dior invitation is making its way to select guests of this week’s Dior Pre-Fall 2020 Menswear show in Miami. Dior artistic director Kim Jones confirmed the recently widespread rumors this week during an interview with WWD, stating “I used to wear [Stussy] head-to-toe all the time in my teens. It was something I was really, really, really obsessed by.” In 1996 founder Shawn Stussy stepped down from the streetwear company, and his shares were sold to his business partner Frank Sinatra Jr. Stay tuned for more details ahead of this week’s show. ?: @ocspecial

A Behind the Scenes Look at How Kim Jones & Shawn Stüssy Shook Up Dior
StylesponsoredJuly 2, 2020